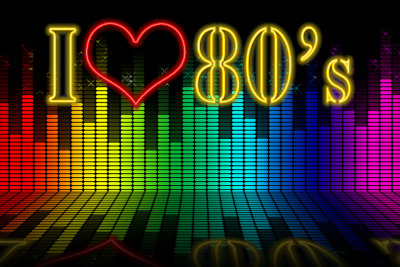 If you’ve watched Netflix’ new binge-worthy series, Stranger Things, then you’re in for a treat this September. Why? Well, for one night only, a party-night inspired by the nostalgia-driven series is coming to Cardiff. Image from Wikipedia under CC by SA 4.0

The club night is coming to Cardiff’s Clwb Ifor Bach or, as the locals fondly refer to it, Welsh Club, on September 27th for nonstop ‘80s fun.

That’s right, you’ll have the pleasure of listening to tracks that are firm favourites in Jonathan Byers’ record collection, including The Clash and David Bowie, as well as other tracks from the hit show. Dance to your heart’s content to music you love but missed out on by a decade!

Better again, you can perfect the preppy ‘90s look and pretend you’re Nancy Wheeler, Jonathan Byers or even Steve Harrington if you fancy being a bad boy for the night. And if you happen to have a camera like Byers, even better! Sling it around your neck and you’ll practically look like you’re part of the cast.

Have you seen this scene ? ðŸ’¡

A photo posted by Stranger Things (@netflixstrangerthings) onAug 2, 2016 at 1:02am PDT

…For One Night Only

Whilst it has been confirmed that a second series is in the pipeline for Stranger Things on Netflix, the club night is in the Welsh capital for one night only so be sure not to miss out.

Tickets cost just £5 and doors open from 10pm so if you’re looking for a way to make your Tuesday a bit more interesting, why not head along? In fact, even if you’ve never seen the series before, this ‘80s party will still provide a night of fun and frolics. However, it does help if you’re an ‘80s fan!

Stranger Things may be a one-off event but the city is always thriving when it comes to things to do and see. If you need inspiration on where to go or what to do in the Welsh capital then read the following blogs posts for inspiration:

The Best Burger Joints in Cardiff

The 7 Must-Do Things in Cardiff

For the activities of advising on regulated mortgages and non-investment insurance contracts, Peter Alan Limited is an appointed representative of Connells Limited which is authorised and regulated by the Financial Conduct Authority. Connells Limited’s Financial Services Register number is 302221.